The Original Plan for Scipion

I thought of many titles for this blog post, "Live and Learn", "Fools Rush In", "The Cart before the Horse". The fact is that I got all excited about a possibility for Scipion's adoption before it was a sure thing, and now I feel rather silly to have to give you the news that is didn't work out.  Sorry folks, I am new at this, and even though an experienced person warned me, I didn't listen. 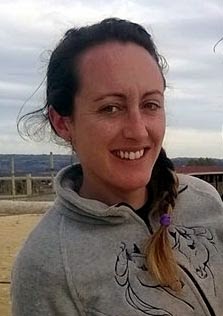 I think now is a good time to introduce the experienced person in question, Marine Charrel. I have been wanting to write a post about Marine and her partner David, without whom I could not have made a single step to help these horses...so the time has come to tell you about them. 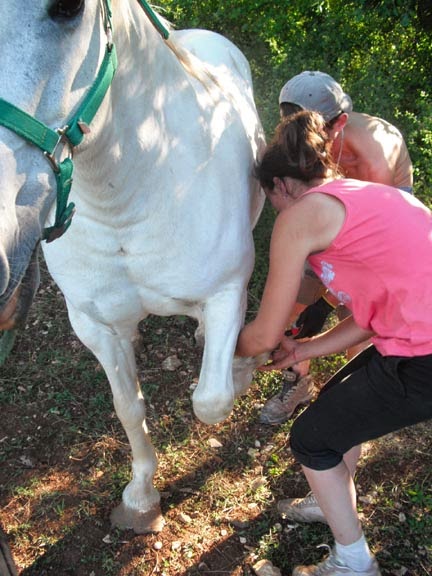 Over four years ago when I was settling into my new life here I was looking for a way to volunteer my time to help animals, and to put to use my veterinary assistant training. Since there are no dog or cat refuges nearby here I contacted  the closest veterinary clinic who put me in touch with Marine and David, Chevaux du Causse, with the idea that I could help them with the 30 horses that they had at the time. I started going to help, but it soon became clear that since I had no prior experience with horses, I spent most of the time watching in wonder at
how capable they are. 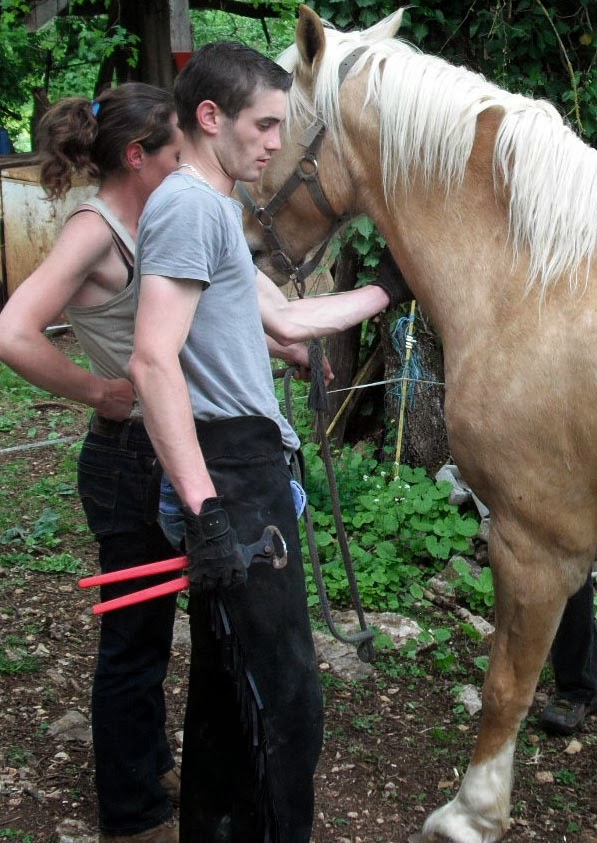 Then I found Scipion, Blanchette and Negrette and  I started spending time with them. They became my volunteer work, and more convenient since they were right next door while Marine and David's place was a 20 minute drive. Quickly the tables turned and it was Marine and David who came to help me. They were the heroes who came and worked on the hooves at the beginning and refused any payment, even though they were both overworked with their jobs and their own horses' needs. It was Marine who has given me advice and who has called me regularly to see how things were going. She agreed to be the Secretary of the Helping 3 Horses Association; without this second member the association could not legally exist.  She has given me constant support for nearly 4 years now. And while I have found that many people in the horse world will give advice, often conflicting; Marine's 15 years experience in raising, training, and helping many many horses means her advice is quite reliablable.

Recently I haven't wanted to ask much of them because they have been even busier than usual achieving their dream of buying an existing equestrian center complete with a stable of 12 boxes, a large covered training area and extensive land/pastures. Between the work of making ready the unmaintained stables and moving themselves and the 17 horses that they currently own, plus the day jobs they both work to satisfy bank and mortgage requirements, it has been a titanesque achievement.  It will take time before they can make the stable pay for itself with boarding, training and
selling the horses they raise. 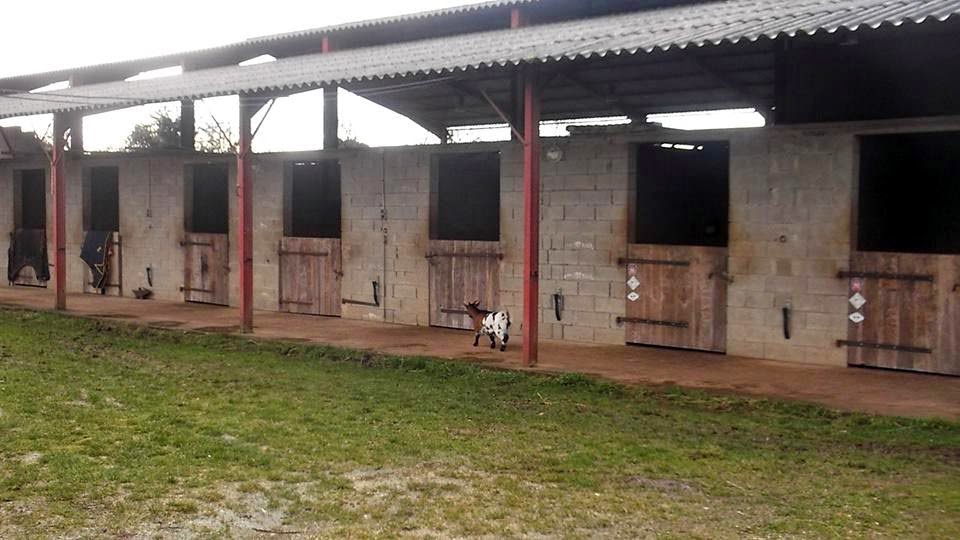 The original plan for Scipion, as stated in the Mission Statement, was to pay the cost for him to go to a professional boarding stable for training and socialization with other horses. In the back of my mind I was thinking that maybe it would be Marine's stable... but I hadn't asked her outright. So with the recent developments and a need to feel that I had something planned for Scipion's future, I asked, and the answer was yes.  This is what I thought from the beginning would be the most ideal possibility, even though it would be more costly than other options.  So at this point the current plan is the original plan; that he will go to Marine and David's stable in April.  Of course nothing is certain until after  the fact...live and learn.

Posted by Jeannine Edelblut at 1:01 PM