"A horse is only as healthy as his hooves, only as good as his feet."

This is what every book or expert on the subject will say.  Hooves are like giant fingernails with living tissue behind the hard exterior. You know how much a hangnail can hurt, imagine having to walk on a part of you that is tender and painful like that. Moreover horse foot problems can cause terrible health problems, even leading to death.  The hoof issue is a big reason why these three horses need help. Click on any image to enlarge and the problem will be obvious. 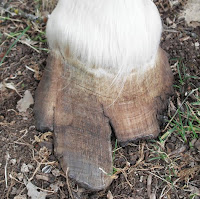 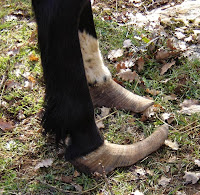 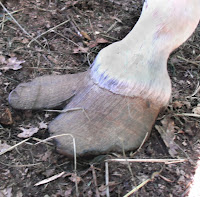 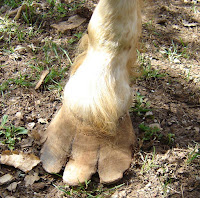 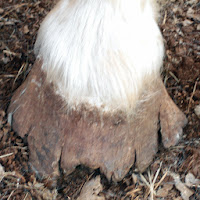 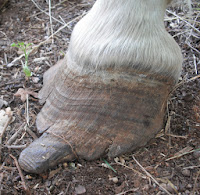 Their pain and discomfort is largely a function of laminitis, a condition commonly called founder. The inflammation and malformation of this disease are often caused by lifestyle and diet, lack of exercise and unlimited access to rich grasses which also leads to the added problem of excess weight that puts more stress on the hooves. These horses have had just this lifestyle, moved from rich pasture to rich pasture where they get no exercise and spend all of their time standing and eating, living lawn mowers so to speak. Laminitis mirrors critical cases of diabetes, insulin increasiing due to excessive glucose in the blood leading to inflammation and toxicity. In horse feet it is like human feet, where the decrease in blood circulation from the inflammation along with the toxicity can have devastating effects.

My horsewise friends insisted that they must lose weight, especially Scipion who is the biggest, the most overweight, and the one with the most problems relating to his hooves. We tried to explain this to the owner but he refused to believe us or to listen, and so he continued to move them from one field of overgrown grass to another. Here is a video of Scipion last Spring when he had a bad bout of laminitis. My friends came and managed to trim his hooves a bit but it still took 3 months before he stopped limping. Every time a horse gets laminitis, healing takes longer, and eventually the day will come when there is too much damage for a hopeful prognosis.

Since I first published this page in early October we have made a big leap forward, as explained on the blog post from Oct. 25th.  Finally, thanks to the amazing work of an emergency team of professionals, the hooves have a brand new appearance. Look at the before and after comparison to see why these professionals deserve applause.  They did their work for less than their normal rate even though it was more difficult than their normal work

To rehabilitate the hooves it will be necessary for the farrier to trim the hooves once every 6 weeks for at least a year, total cost for one year, 954 euros  ($1288). 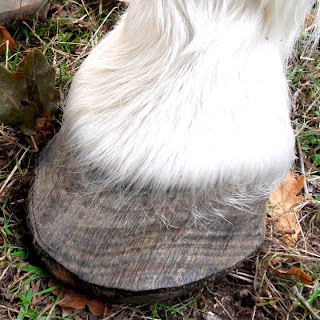 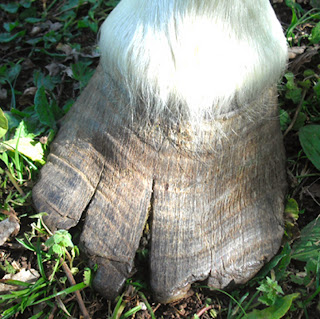 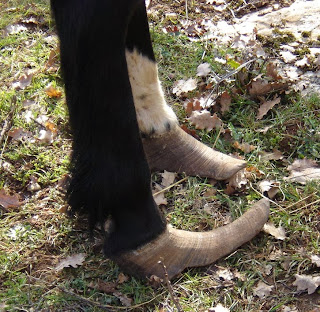 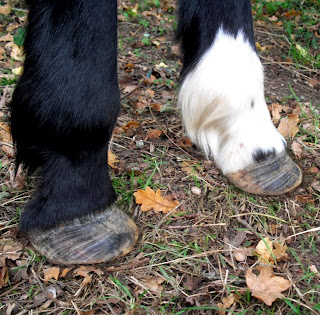 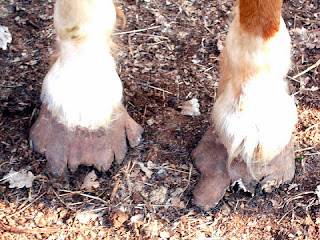 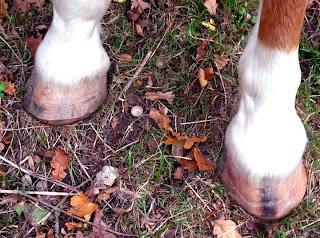 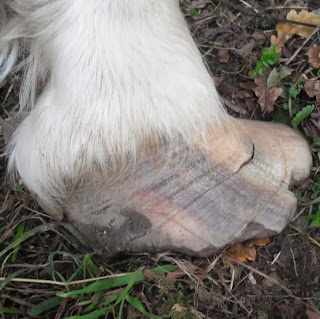 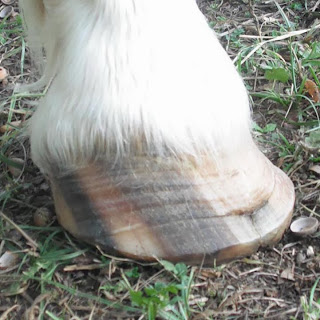